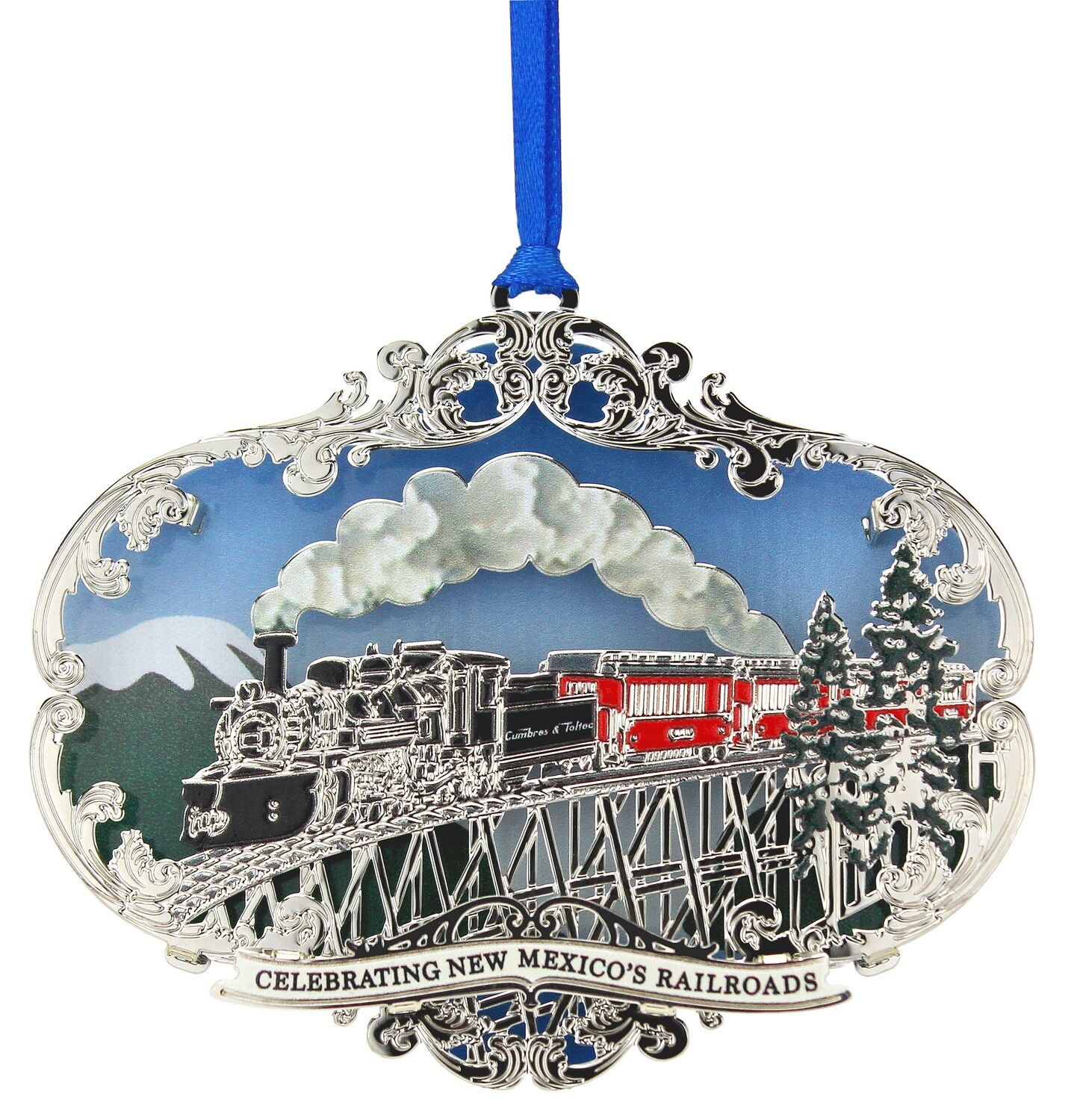 Railroads were the Space Program of the 1880s and prior to their arrival, no onetraveled faster than had Genghis Khan. After tracks were first laid into northeast New Mexico from Colorado in 1878, the railroads’ movement of goods and people throughout the state changed our history and fueled growth in the territory for decades. Towns boomed when railroads came through (and shrank when they didn’t), goods from the east were readily available, and southwestern tourism was greatly expanded.

Initially, the historic transcontinental push west spurred track laying across the state to connect the midwestern US to the Pacific Coast. Many branch lines developed quickly that linked the state’s abundant natural resources including metals, coal, timber and livestock, often to the main lines of the rail systems.

By 1920 nearly 3000 miles of track was laid to serve these industries and the main line routes connected to such cities as Chicago, New Orleans and Los Angeles.

The first railroad to enter New Mexico in 1878 was perhaps the most famous. The Atchison, Topeka and Santa Fe Railway (best known as the Santa Fe) was built in the direction of Santa Fe (route of the famous trail which it replaced), then on to the West Coast and down to Mexico. Within a few years the ATSF would connect in Deming NM with the Southern Pacific, to form the second transcontinental railroad in 1881.

The ATSF also joined forces with the Fred Harvey Company, operator of numerous hotels and restaurants along the rail line. Together, they promoted the art and traditions of Indian and Hispanic cultures, using artists from the region in their advertising, and the Indian Detours sightseeing, which eventually turned the ATSF into a worldwide brand. The Super Chief, running between the 1930s and 60s with its still famous red, yellow and silver Native American paint schemes on the diesel locomotives, further cemented the ATSF’s place in history. The train, with fine dining, fast service between Chicago and LA, and incredible southwest scenery, quickly became the route of choice for traveling celebrities and the backdrop many Hollywood movies. It also brought settlers to the Southwest in search of a new life, thousands seeking a healthier climate to fight the worst killer in the early 20th century, tuberculosis, and ambitious artists who sometimes exchanged their art work for passage.

Other mainline railroads which helped transform New Mexico included the Southern Pacific, the Denver and Rio Grande (linked to New Mexico’s Chili Line), and the Rock Island, along with 100+ railroads that have come and gone. Post-World War IIautomobile, trucking and air travel gradually gained dominance except for today’s remaining single purpose lines (such as the Rail Runner, Amtrak and natural resource carriers) and the giant mainline freight carriers BNSF and Union Pacific, whose dozens of daily trains throughout New Mexico carry expedited merchandise and intermodal cargo.

Today, the beauty of our state is highlighted by two excursion trains running on classic cars and locomotives. The Cumbres and Toltec Scenic Railroad has resurrected the most scenic route along the New Mexico-Colorado border from the discontinued Denver and Rio Grande Railway. Its unspoiled Western scenery and steam powered trains are featured in numerous mini-series and films. This year’s ornament captures a Cumbres and Toltec train styled on the historic Mexican Canyon Railroad Trestle near Cloudcroft NM. Another excursion train is the Sky Railway on the route of the Lamy line to Santa Fe, with classic diesel locomotives, reconditioned coaches and a multitude of imaginative entertainment adventure trips.

Rail travel is not as ubiquitous today as it was years ago, but it’s allure is still with us through books, movies and our imagination.